The Tiger is Hunting Again And Looks To Be Hungry For A win!

Tiger looks to be hunting again for that next meal (win) . The little bit I have been following of the tournaments he has played in so far I am going to say he will have a feast sooner than expected....

He looks fit again. His body language is saying "I'm Back" and his scores and or ability to score is getting better with each passing week.

No, I am not a huge Tiger Fan but I respect him for what he has done in the past and what he may be able to do in the future as a player.

Through out his career he obviously has made some bad choices but his tenacity to be a great player of the game shines through when he is playing.

So what has all this gotten him over the years?

Well, financially speaking he is still one of the highest paid athletes in the world. Worth an estimated $740 Million.  - How Much Does Tiger Make?

Beyond that he has influenced thousands to "Be Like Tiger" and Analysts continue to say when he is playing the revenue numbers swell and boil over. Like it or not ... He is good for Golf.

I have to admit I have enjoyed the Golf Channels Commercial Talking about the new season and at the end they say ...Are you taking notes? Because there is one more thing... And then show Tiger taking a swing.

So off we go into this years already full schedule Golf Season. The guys are playing in Mexico for the World Golf Championship this week. Then we will see Tiger return to action again next week as he has committed to the next two tournaments.

Will he get a win before the first major of the year? Or...will he go after the BIG win at Augusta and really make headlines with a "I Am Back" and I am here to feast statement that nobody can ignore?

Until then - Let's get ready for Golf season! 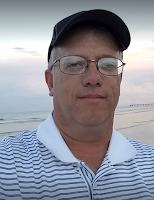 A Few Of Our Favorite Courses!